Contrast released Contrast for Eclipse 1.0 already a little while ago. The Eclipse plug-in works as a runtime security scanner and checks for security vulnerabilities in your web application while executing it in Eclipse. Promised by Contrast on Eclipse Marketplace is an Automated detection of OWASP Top 10 vulnerabilities.

This is the first free tool available that explicitly scans for security vulnerabilities. Other tools like FindBugs or PMD may find some security problems as well, but are focussed on bugs and bad practices.

Running the Contrast test is easy: Instead of running or debugging your web application you simply launch your configured web server with Contrast in the Servers view:

I’ve used some of my intentionally vulnerable web applications in the JavaSecurity and Java-Web-Security repositories as test environment. These are some of the results I received while using the XSS sample application:

The findings are all correct, but the important one is missing: The XSS vulnerability. So while Contrast tells me that no Anti-Caching response headers are in place and that my forms use auto-completion (both warnings are absolutely correct), it has missed the successful XSS attack that ended in the following dialog visible in my browser: 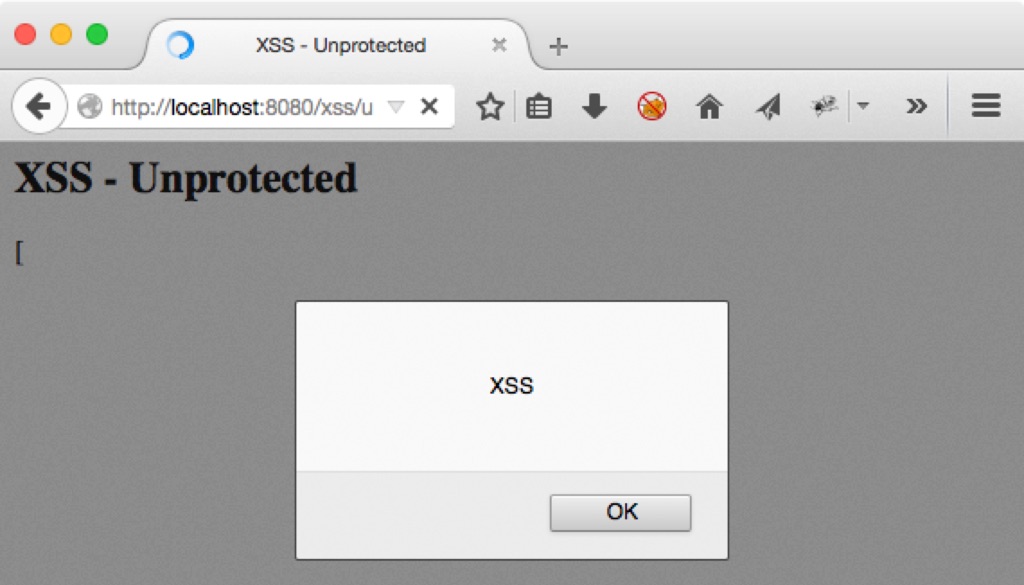 XSS, CSRF and SQL Injection are – in my eyes – still some of the nastier problems we are facing in web applications (among others). And they have been a part of the OWASP Top 10 forever.

So, use the Contrast plug-in or not? Well, use it from time to time, it still might discover some vulnerabilities in your web application. But don’t expect too much and definitively extend it with regular FindBugs scans. Still a long way to go with open source security scanner.